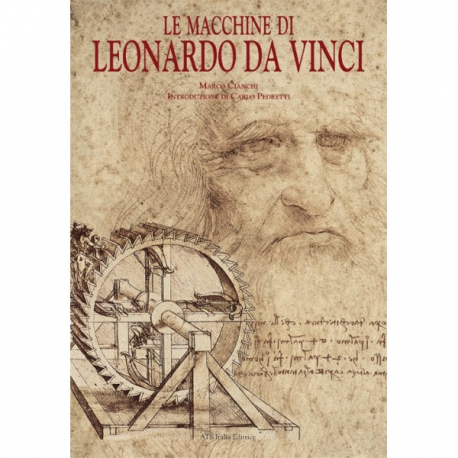 This product is no longer in stock

The myth that Leonardo was an ingenious forerunner of all the discoveries and inventions of our  era springs from the mysterious figure himself and, understandably, from the initial spontaneous considerations of he who sees his technological drawings or the models of his machines. The  propaganda of the “ Italian genius” begun with Leonardo exhibition in Milan in 1939, later contributed decisively to that myth, together with a more recent packaging of a commercial image for the greater public that has clearly been a success.